Timothy Weah has had an enjoyable start to his Celtic loan spell after scoring 2 goals in 2 games coming off the bench. The 18-year-old on loan from PSG is one of the brightest young talents around and he hasn’t failed to show it in his small cameos for Celtic.

The USNMT star is the son of former Ballon D’or winner George Weah and he would hope to follow his father’s footsteps and replicate his success.

His start at Celtic is a step forward and Celtic fans will hope their loanee would help them secure another league title.

Weah has come off as a lively presence both on and off the field and his comment on Oliver Burke’s Instagram post shows that the American international has taken to life at Celtic like duck to water. 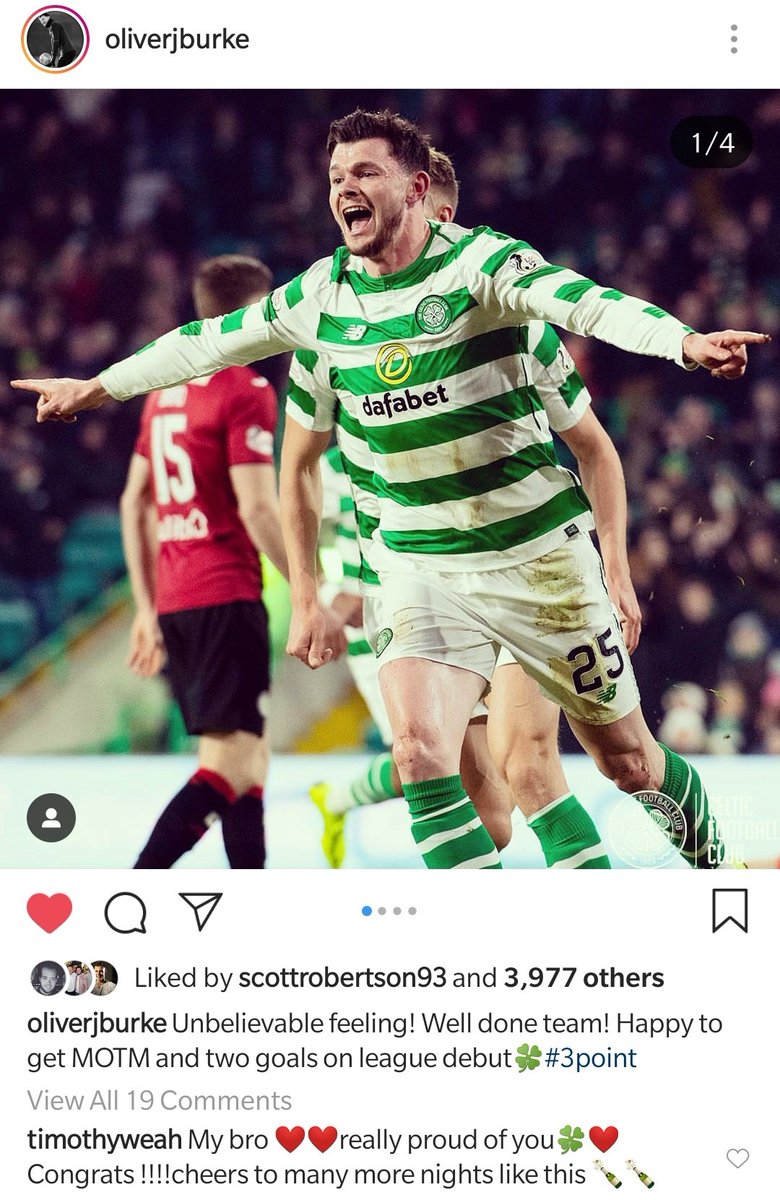