Tottenham’s season looks to be in some trouble as they see Harry Kane and Moussa Sissko face a long spell out injured. The injury crisis comes at an already tough period where the London club are without Lucas Moura and could lose Heung-min Son for almost 5 games due to the Asian Cup.

Spurs have seen injuries to almost all their top players this season with Eriksen, Alli, Vertonghen and Alderweireld having spent time in the physio’s room.

However, Mauricio Pochettino has managed his troops well so far as they had one of their best starts to a Premier League season and still compete in all four competitions. The biggest news for Spurs this season was going to be their new stadium which was initially stated to open earlier this season.

The new White Hart Lane, as the reports suggest, will not be completely ready until the start of next season. But the images and graphics that have released so far, have got the fans excited for an extravagant home next season.

The latest pictures taken of the stadium have a futuristic feel to it. With the exterior LED lighting, the new WHL truly looks like a cyberpunk masterpiece. The grey exteriors with the purple glow has the got the fans going crazy to be a part of the world class matchday experience as boasted by the club.

Daniel Levy has frustrated some of the Spurs faithful by using his finances in the stadium over the transfer window but even in an injury crisis like this, a lot of the fans are optimistic and excited for what the future holds in their new home. 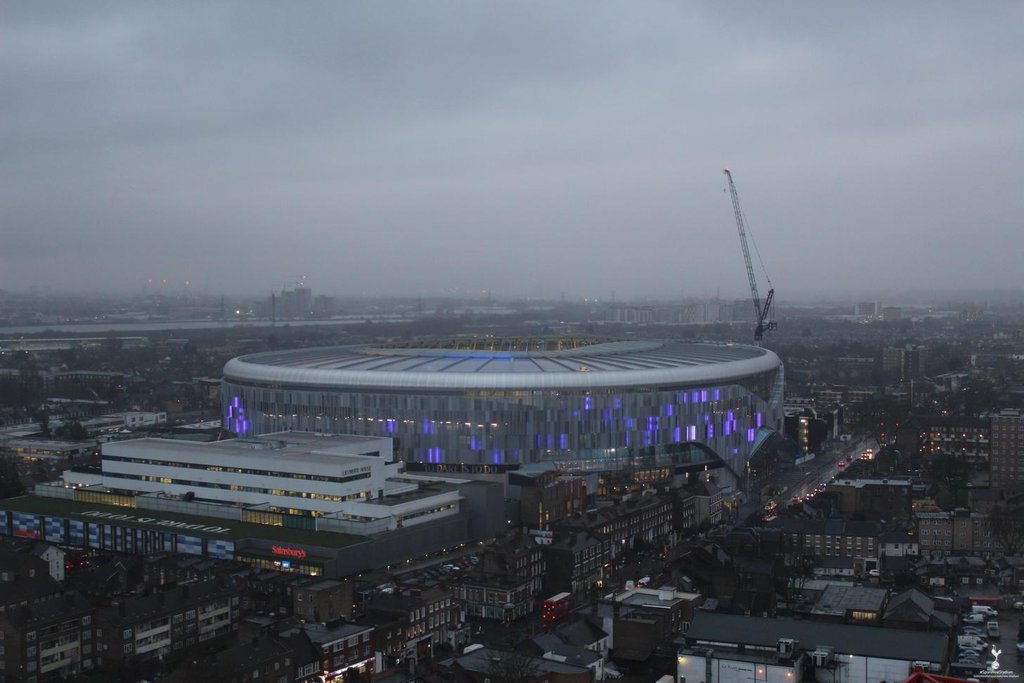