Rangers kept pace with rivals Celtic after coming out 4-2 winners against Aberdeen in a fairly nervy contest which saw both teams end the 90 minutes with only ten men left on the field.

Alfredo Morelos just can’t seem to keep his cool on the pitch against the Dons this season and yesterday’s sending off marked his third red card against Aberdeen this year alone.

But before getting his marching orders, the Colombian had already inflicted some major damage to Derek Mclennes’ men with his brace which was followed up by goals from James Tavernier and Jermain Defoe to ensure that the Gers went home with all points in the bag.

The tension in the air was clear even before a ball was kicked as an Aberdeen fan tried to unnerve Steven Gerrard by making a derogatory gesture as the England legend was making his way to dugout from the the tunnel.

The sheer lack of respect would have surely enraged Rangers fans and some supporters made their feelings clear on Twitter after a photo of the Aberdeen dishing out the middles fingers at Steven Gerrard made its way to the micro-blogging site.

Lack of class. Check out a photo of the incident here: 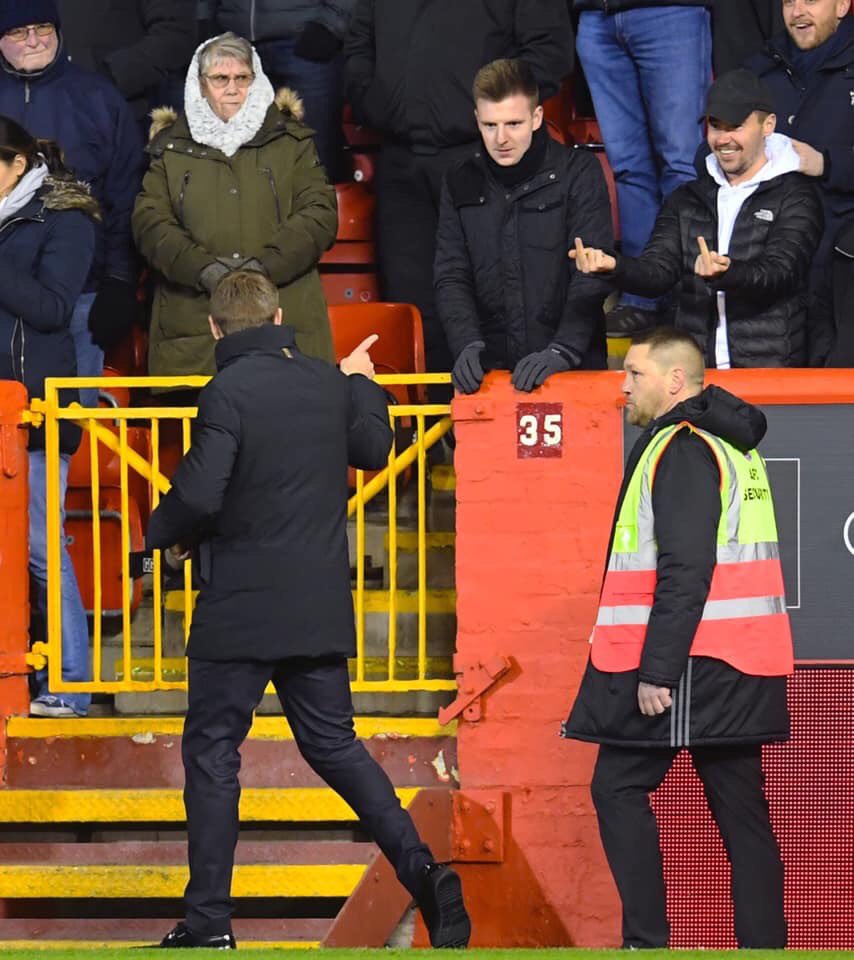