Although the new campaign got off to a rather slow start by his own lofty standards, Mo Salah regained his goal scoring touch as the season progressed with 16 Premier League goals so far into the season.

The Egyptian wizard is one of the most likable personalities in football, adored by fans all around the world and so it was quite disheartening to see reports of racist abuse being hurled at the winger from a Hammers fan during Liverpool’s 1-1 draw against Manuel Pellegrini’s men.

All in all, it was a difficult night for the Reds in the London Stadium as a vibrant West Ham side proved to be difficult to break down for Jurgen Klopp’s side and that seemed to have taken a toll on Salah as well.

The 26-year-old looked quite disappointed as he embraced Klopp in the tunnel and the photo of two of their most influential personnel looking rather down is sure to break many Liverpool hearts.

Literally heartbreaking stuff. Check out a photo of the duo here: 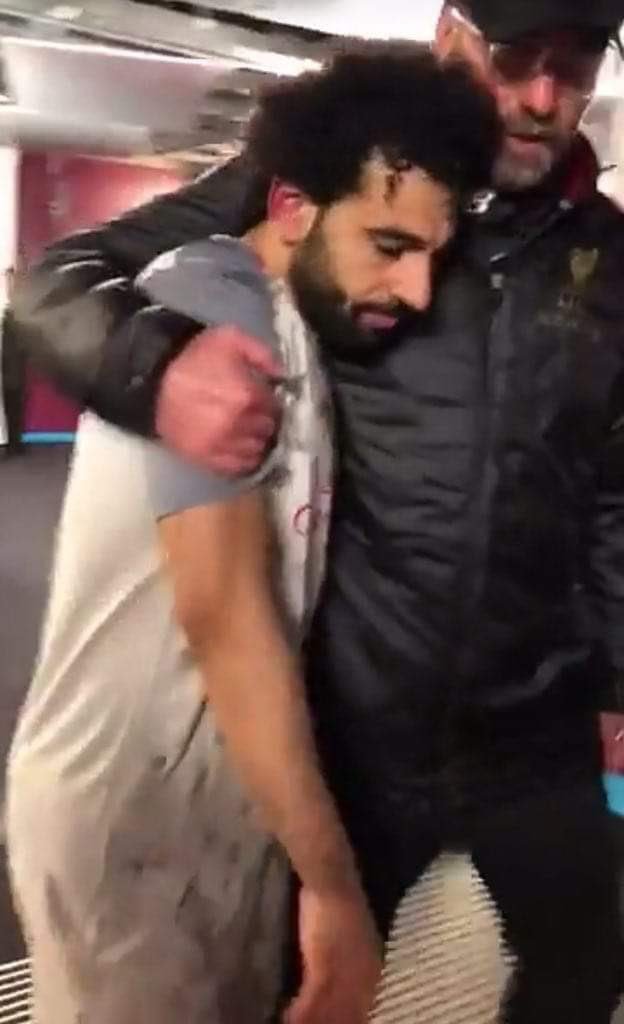 is he wearing a nightgown?

This is what you get when you have fans who only sing when you score and win.