Celtic left it very late at the Rugby Park as a Scott Brown goal in the final minute of the regulation time helped them edge past Kilmarnock.

With this all-important win, Celtic are now eight points clear at the top of the table as their ‘Old Firm’ rival Rangers endured a frustrating night at Ibrox to draw 0-0 against St. Johnstone.

The match was poised to be contested in high spirits as it was a great opportunity for the Killies to leapfrog Aberdeen and clinch the third place on the premiership table.

However, it was the away team that started the game well and created a number of goal-scoring opportunities.

Celtic’s French striker Odsonne Edouard was presented with two golden opportunities after some amazing play down the right wing by the Hoops but he failed to convert any of them.

His first attempt on a turn missed the mark by a whisker while his second attempt drew out a fine save from the Kilmarnock keeper Daniel Bachmann.

On the other end of the pitch, Kirk Broadfoot jumped higher than anyone from a corner only to head it wide.

After that chances came few and far between and the home side started taking more control of the game as the match progressed.

However, some wasteful passing and control in the final third prevented any of the two sides to create a proper goal-scoring opportunity.

Things took a turn in favour of the visitors when Broadfoot was shown a straight red card by the referee for a dangerous challenge on the Celtic skipper Scott Brown.

However, Celtic were unable to capitalize on it as Ryan Christie failed to convert a free header from the penalty area.

The moment of relief finally came in the last minute of the regulation time when Dedryck Boyata nodded down a corner for Scott Brown whose powerful volley took a few deflections before bulging Bachmann’s goal.

The Celtic skipper did not take a moment to think as he joined the celebration with the travelling Celtic fans who were almost pouring on the pitch.

Check out the epic moment here – 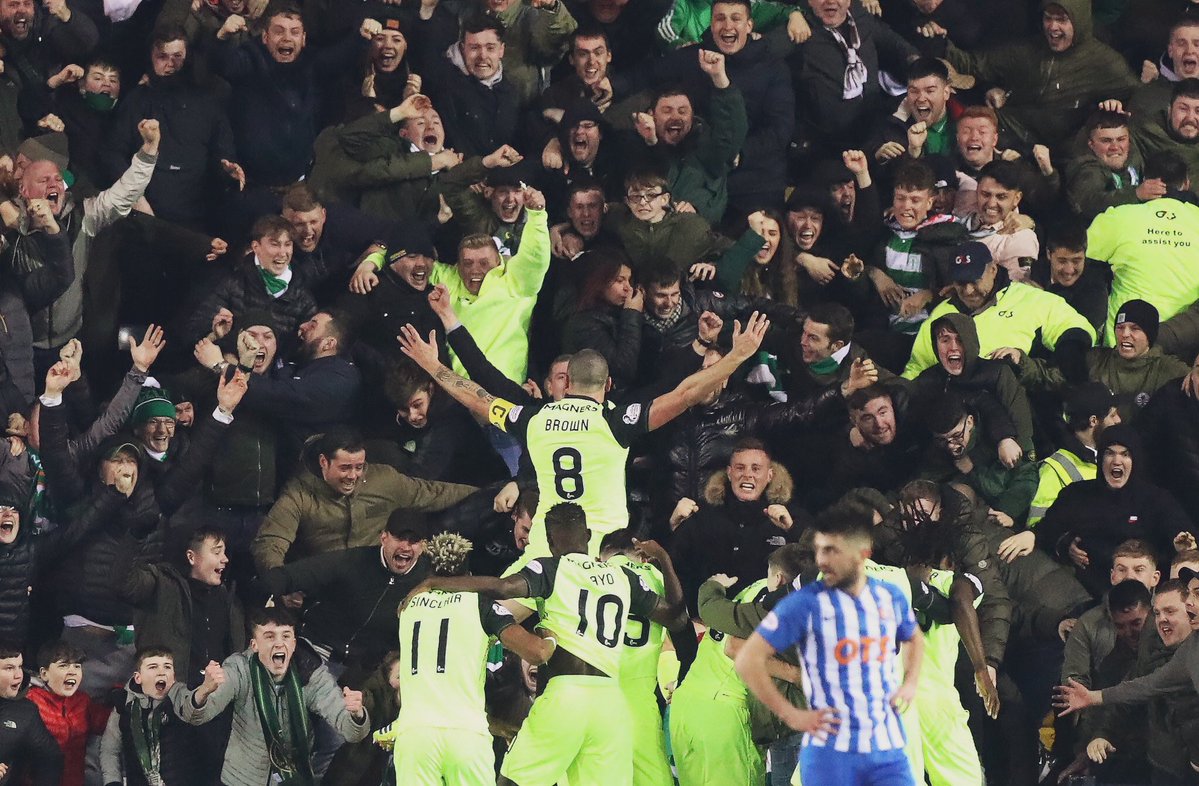 However, the hysteric celebration prompted the referee to show him the second yellow card of the match which means that the Scottish international will not be available for Celtic’s next league game when they take on Motherwell at home.