It was a horrible night for Mauricio Pochettino’s Spurs as they went down 2-0 against Chelsea at Stamford Bridge midweek .

The London derby was poised to be a cracker as stakes were high for both sides.

Chelsea started the game with their regular number one Kepa Arrizabalaga on the bench as Argentine international Willy Caballero replaced him following his ‘miscommunication’ with Maurizio Sarri during the Carabao Cup final.

The match started in a very even manner with both sides showing discipline at the back.

It was Chelsea who created the first goalscoring opportunity through Higuain but his shot could only manage to rattle the bar.

On the other end of the pitch, Harry Winks managed to get a thunderous strike away from a distance but again it was the woodwork which prevented the first goal of the match.

Finally, on the 57th minute, Chelsea managed to break the deadlock as Pedro dribbled past Toby Alderweireld with ease before slotting it home by nutmegging Lloris.

It was not exactly the best effort from the Frenchman as he allowed it to go through his legs in the near post from a rather tight angle.

And on the 84th minute, the night got even worse for the World Cup winner.

The Frenchman came rushing down from his goal to grab a harmless-looking long ball but appeared to have failed to call for it.

Unaware of his goalkeeper’s location, Tottenham right-back Trippier, under pressure from onrushing Willian, decided to pass it back to his goalkeeper who was far from where he expected him to be.

The ball slowly rolled past the Frenchman into the open goal much to the delight of Chelsea who were subject to spells of intense pressure from Spurs following Pedro’s goal.

Tottenham players and supporters gasped at this howler with absolute disbelief and a brilliant snap from one of the cameramen on the field managed to capture it with perfection.

In the image, Harry Winks can be seen to hold is head in total shock and appears to be simply unable to believe what was happening.

Have a look at it here – 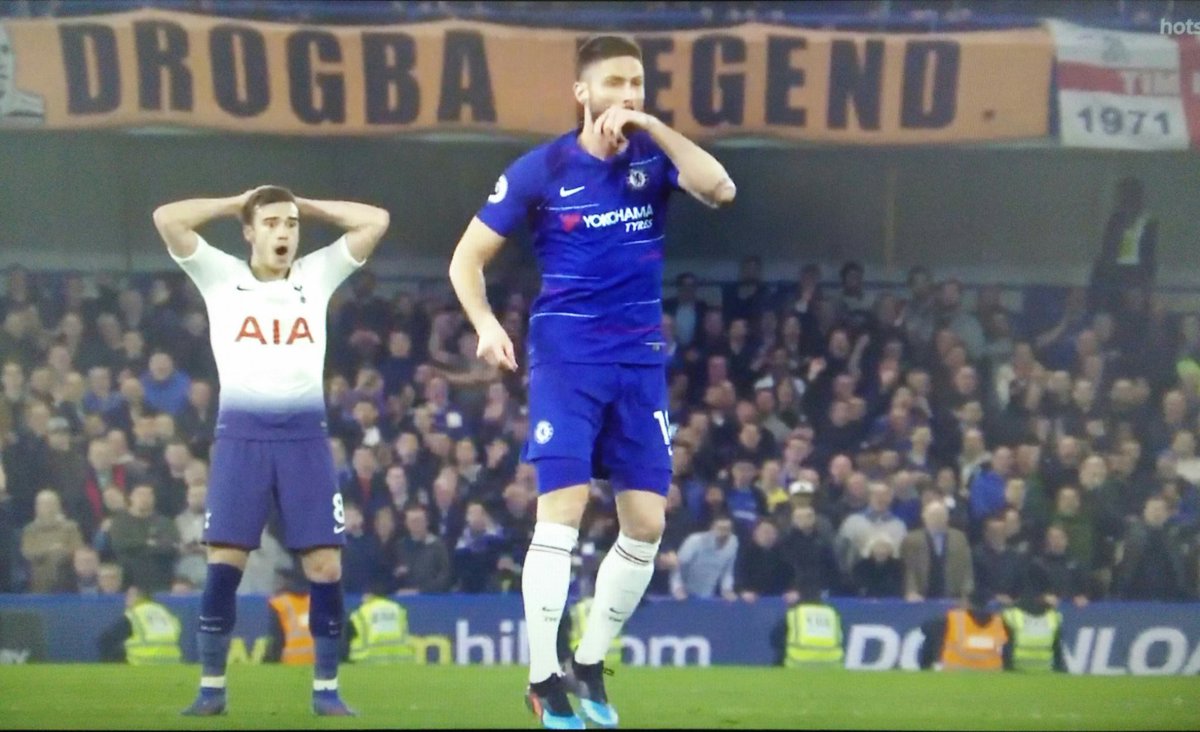