It would be safe to say that Hakim Ziyech is one of the hottest properties in the world of football right now. The 26-year-old attacking midfielder has had a stellar season so far, scoring 20 goals and assisting 21 in 45 games. 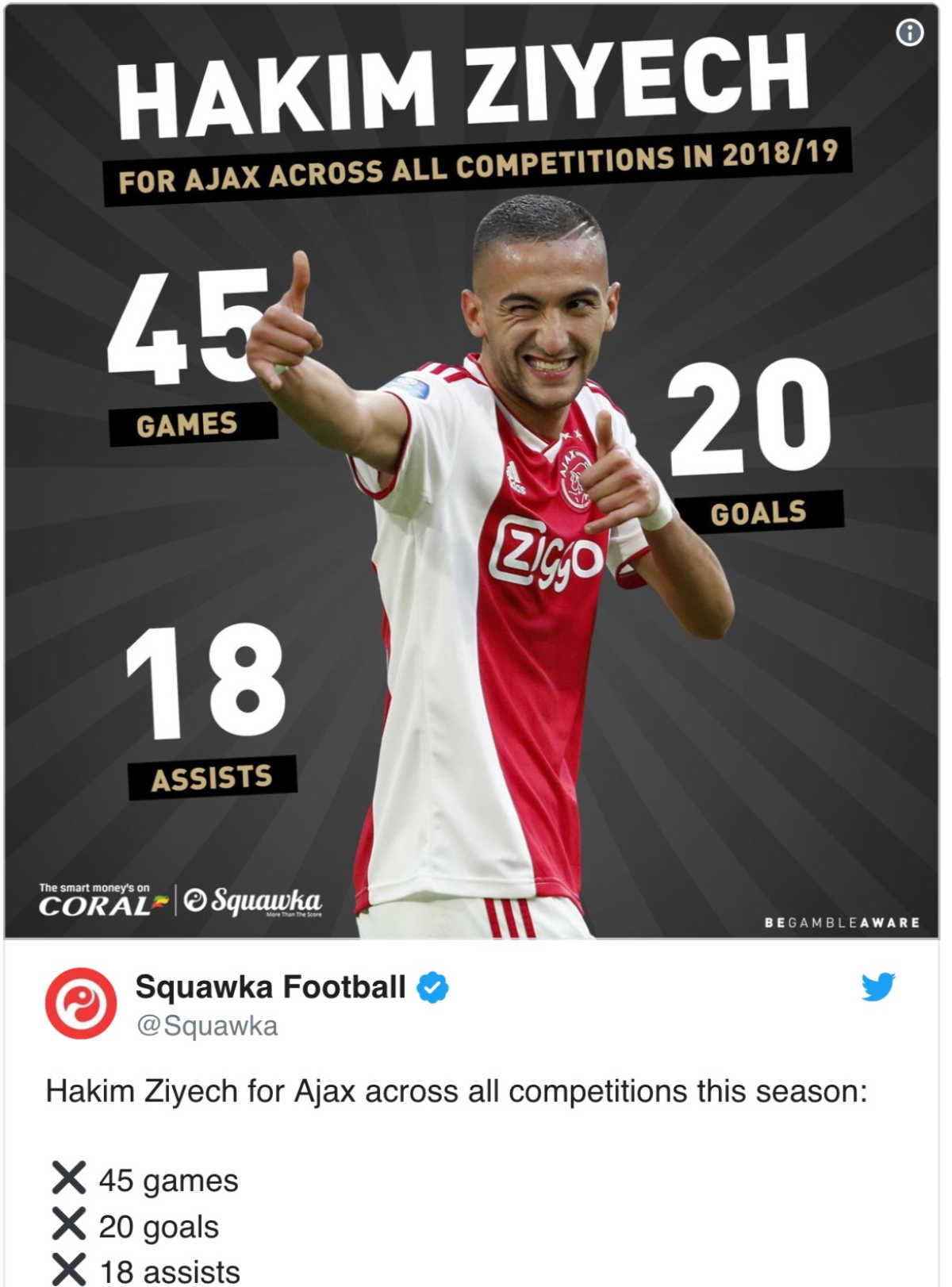 Ajax have had a spectacular campaign this term, having exceeded every expectation on their way to a possible treble, and Ziyech has had a major part to play in their exploits.

Having knocked out Real Madrid and Juventus on their way to the semi finals, Erik Ten Hag’s boys have proven that their underdog status doesn’t concern them, and have instead taken it in their stride.

However, when asked about the toughest opponent he has faced so far in the Champions League in a recent interview with UEFA, Ziyech had a surprising answer.

The Morrocan said that Benfica were the toughest opponents he has ever faced. The Portuguese outfit lost the away leg 1-0 against Ajax and drew the home leg 1-1, getting knocked out in the group stage and into the Europa League.

Ziyech also mentioned that his favourite memory was beating Juventus 2-1 in Turin, which ensured Ajax’s progress into the semi-finals, and that Matthijs de Ligt and Frenkie de Jong were the most impactful players in the Champions League for him this year.

Ajax host Spurs at the Amsterdam Arena next Thursday, having won the away leg 1-0 thanks to a Donny van de Beek strike in the 15th minute.