Everton under Rafael Benítez so far has had nothing much to smile about, having won only 8 matches from a total of 16.

Even so, despite the disappointments, there seems to be at least one happy camper at Goodison, if a recent picture is anything to go by.

Striker Salomon Rondon’s exploits in front of the goal have secured him enough plaudits from the footballing world, but the Venezuelan international would have never thought it would lead him to be the face of a contraceptive brand, of all things.

The picture in question, uploaded on Twitter, shows condom packs with the face of the 32-year-old striker printed on them. Captioned “Salomon Rondoms”, the picture has condoms marked with Rondon’s headshot, in which he can be seen smiling cheek to cheek.

It was not long before fans on Twitter went crazy after the picture went viral, with memes and comments soon flying about the microblogging site.

Some of these include “Won’t score with them, won’t even get close to the box” to “they stop you finishing”. One comment even went as far as insinuating that the user had used the product, saying, “both useless around the box!” 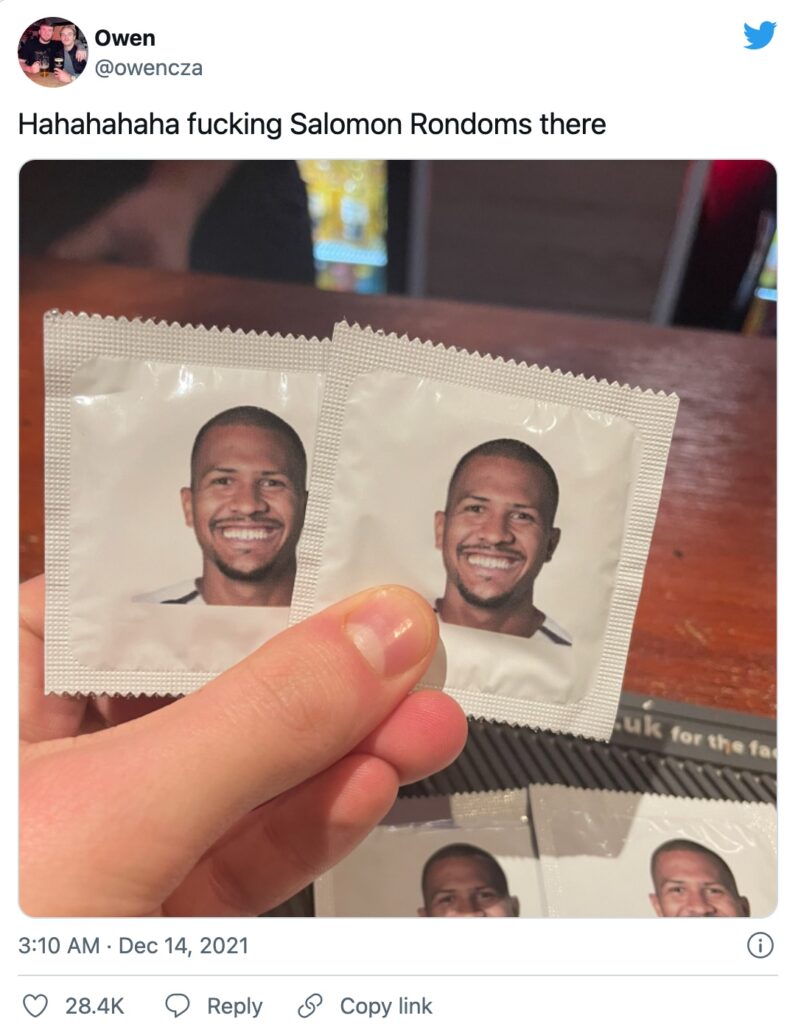 It is not apparent whether or not Rondon’s association with the contraceptive brand came about with the striker’s knowledge. On the chance that it happened unbeknownst to him, there’s little to say concerning his opinion.

However, going by his smile as is on display on the packs, the striker appears to be more than content.

Rondon, who has made 8 appearances for the Toffees in all competitions, finding the back of the net only once, will look to make a bigger impact as the season progresses.