Liverpool saw their unbeaten run come to an end as they were  beaten 2-1 by the defending champions Manchester City last night.

Their first loss of the season sees them pegged back to a 4 point lead with Manchester City looking to catch up.

Liverpool’s defeat saw rivals take their chance to mock the blip in Liverpool’s campaign and one of them was Everton old boy, Steven Pienaar.

The Evertonian, who is currently serving as an international ambassador for the Toffees, took to Twitter as he mocked the premature celebrations from Liverpool fans.

The former South African international claimed that the league title was a marathon and even though his rivals play attractive football, they still have a long way to go before they actually win the trophy.

The defeat does not change the fact that Liverpool still remain the front-runners to win their first league title in 29 years, but it does bring back Manchester City in it, who look like they have found their form after suffering two consecutive shock defeats during the Christmas period.

Check out the screenshot of Pienaar’s tweets below – 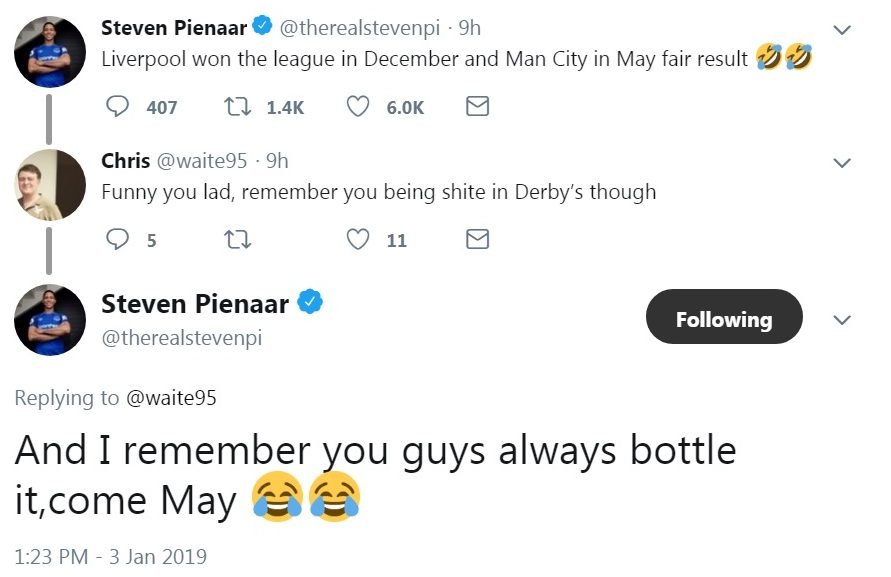