It has to be said though, Manchester City better win the title now or this tweet will haunt Kyle Walker for life.

City lost 3 crucial points on Tuesday night after the shock defeat at the hands of Rafa Benitez’s Newcastle United but things didn’t turn out to be so bad as Liverpool could only increase the gap by a point.

The usage of the famous Harry Maguire photo does make it very funny, but Kyle Walker should know that Liverpool did eventually manage to make the gap bigger, even if it was only with the help of a draw.

As expected the tweet has now been deleted, check out a screenshot below – 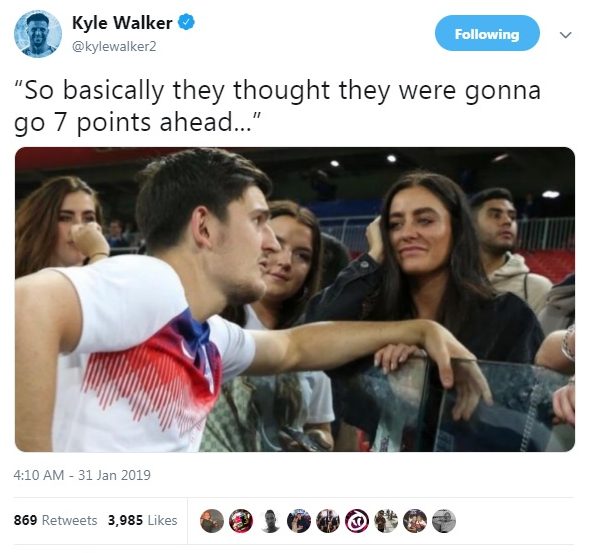