Arsenal fans everywhere would have been pretty excited when news broke out about how sportswear giants Adidas will be taking over as the club’s official kit suppliers from the 1st of July this year.

The hype isn’t only because of the possibility of new improved designs from the German company but also because of the wonderful memories Gooners have about the last time their team sported an Adidas kit.

Arsenal won two league titles while they were associated with Adidas- the first in 1989 which was secured by Michael Thomas’ last-minute goal at Anfield in the final game of the season and lost only one game during their second second title winning campaign two years later under skipper Tony Adams.

Also following the announcement some beautiful concept kits have turned up online which has caused even more excitement amongst the fans.

Adding to the trend, an absolutely cracker of a third kit concept has been spotted on social forums which is a must watch for all Gooners.

The all-black kit is simply a thing of beauty and Adidas should definitely win some major points with the fans if they do indeed release a kit along these lines next season.

An absolute cracker of a mock-up from MChest Design on Instagram! Check it out here : 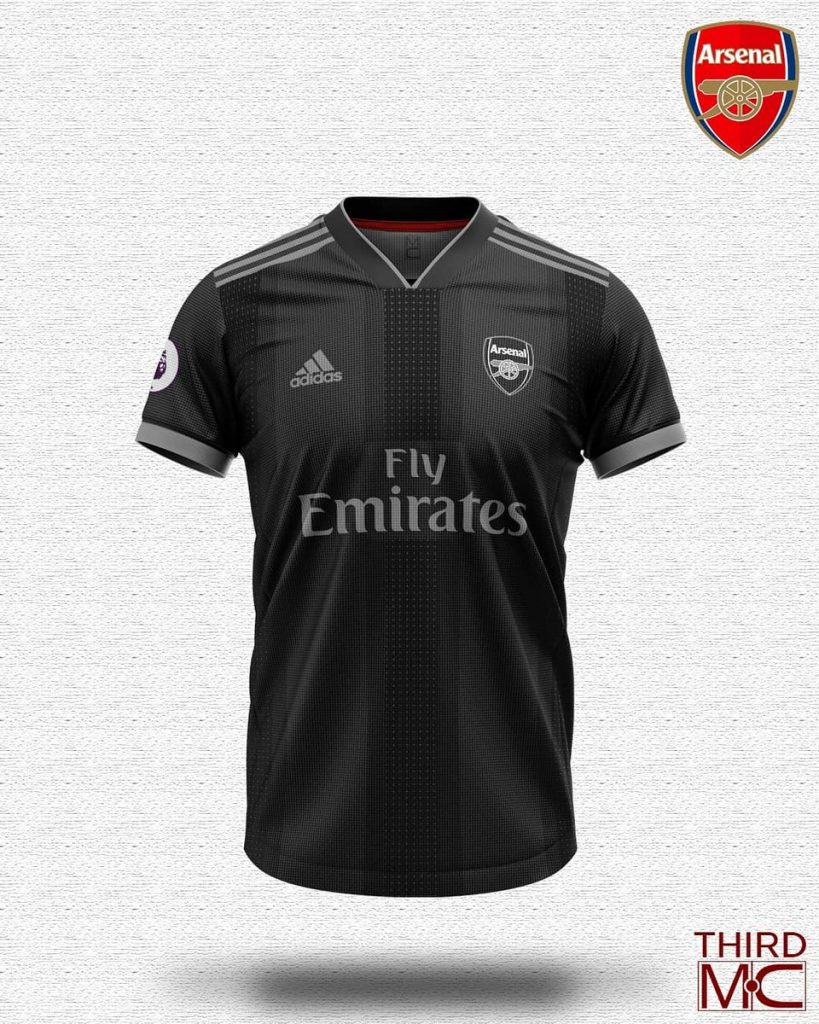