After tasting defeat for only the first time in the league this season against fellow title contenders Manchester City earlier this month, Jurgen Klopp will surely be looking to avoid any more slips and lead the Reds to the title come May.

The players looked pretty sharp during their latest training sessions at Melwood and should cause plenty of problems for Roy Hodgson’s Crystal Palace this weekend.

While snaps of their beloved stars are always welcomed by fans, one particular photo seems to have impressed Reds supporters the most for it’s absolute epicness.

Featuring Mo Salah, Roberto Firmino, Virgil van Dijk and Naby Keita, many fans online seemed to be of the opinion that the image has captured what could very likely be the spine of Liverpool teams for years to come.

Although Keita has somewhat struggled to adjust to life at Anfield so far after being brought in from Germany, there is no doubt within the club that the midfielder will blossom into a world class talent over time and has sporadically displayed glimpses of the form that convinced Klopp to open his cheque book for him last summer.

With close to 3000 upvotes on Reddit, the iconic photo has definitely gone viral among Liverpool fans, check it out below – 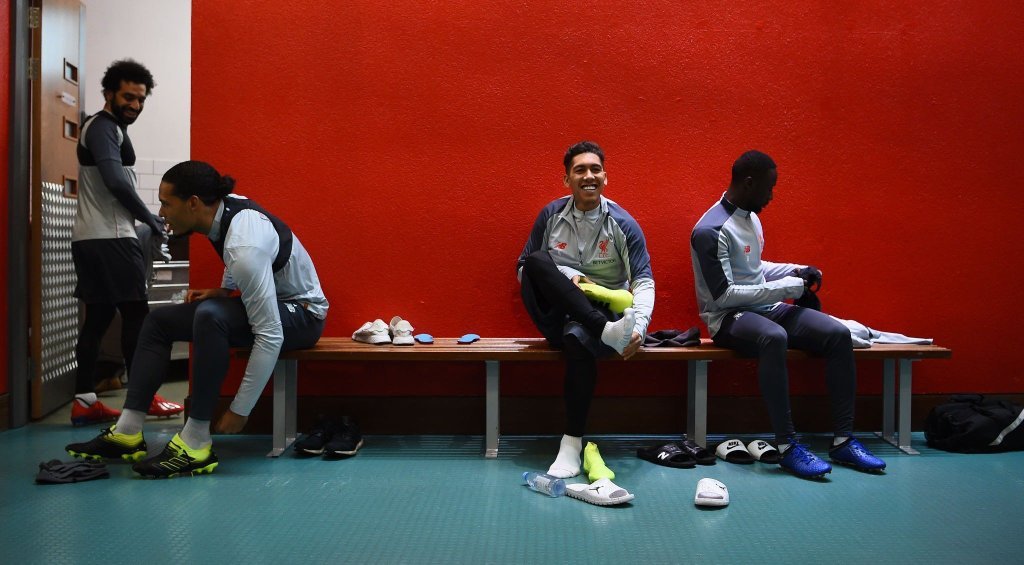