Leeds United manager Marcelo Bielsa has received much love and appreciation from fans after they won 2-1 against Rotherham United at the New York Stadium. Fans were ecstatic with his display of passion inside the technical area in the last game. 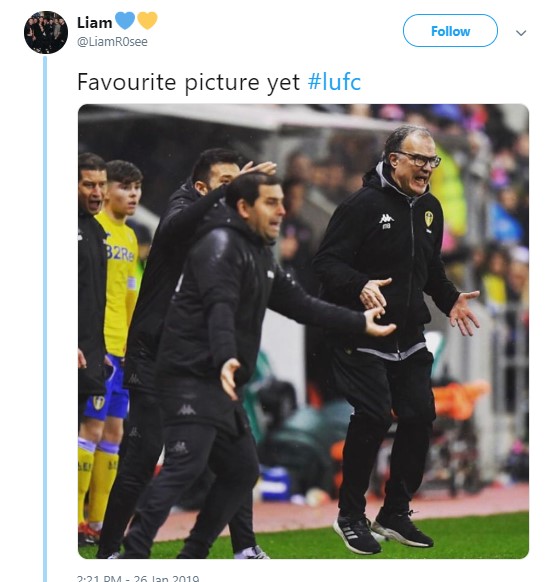 This image of a “levitating” Bielsa has earned a lot of affection from Leeds fans. Some of their responses to this image are worth looking at: 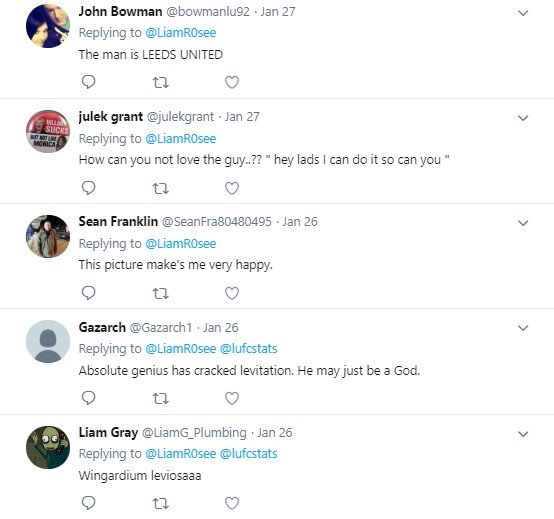 Having delivered some spectacular results this season till now, Bielsa has the fans behind him.

After the ‘Spygate’ fiasco, where he received a lot of criticism from the footballing community on written and unwritten limits of ethics, the fans had his back.

Leeds United have been like a breath of fresh air in this cruel world of sports management full of mid-season sackings & social media melodrama and the reaction for this photo just sums up the kind of love fans share for their manager.