Valentine’s Day just passed and love is still in the air!

And a glimpse of that could be seen during a Liverpool training session yesterday.

The Liverpool squad is currently in the Andalusian coastal city of Marbella for a four day warm-weather training camp to prepare for the huge Champions League tie against Bayern Munich and the season further.

Following the Bayern match the Reds will take on a high-flying Manchester United at Old Trafford who are bursting into life since the interim manager Ole Gunnar Solskjær assumed the helm.

But ahead of this tough spell of games, Liverpool does have some good news in the injury front as both Alex Oxlade-Chamberlain and Rhian Brewster returned to training with the first team.

Chamberlain is still nursing the ligament injury he suffered during Liverpool’s semi-final clash against Roma last April and still a long way away from returning to the thick of the action but training with the first team was definitely a huge step towards it.

His return was also a big boost for his teammates and according to Trent Alexander-Arnold, it lifted the spirit of the team massively.

And that is evident in the photos shared by the club where the players can be seen hugging each other, smiling and bonding during the training sessions.

In one snap, Sadio Mane can be seen hugging the Englishman tight while almost climbing on his lap.

A perfect way to show love and support for your teammate, don’t you think? 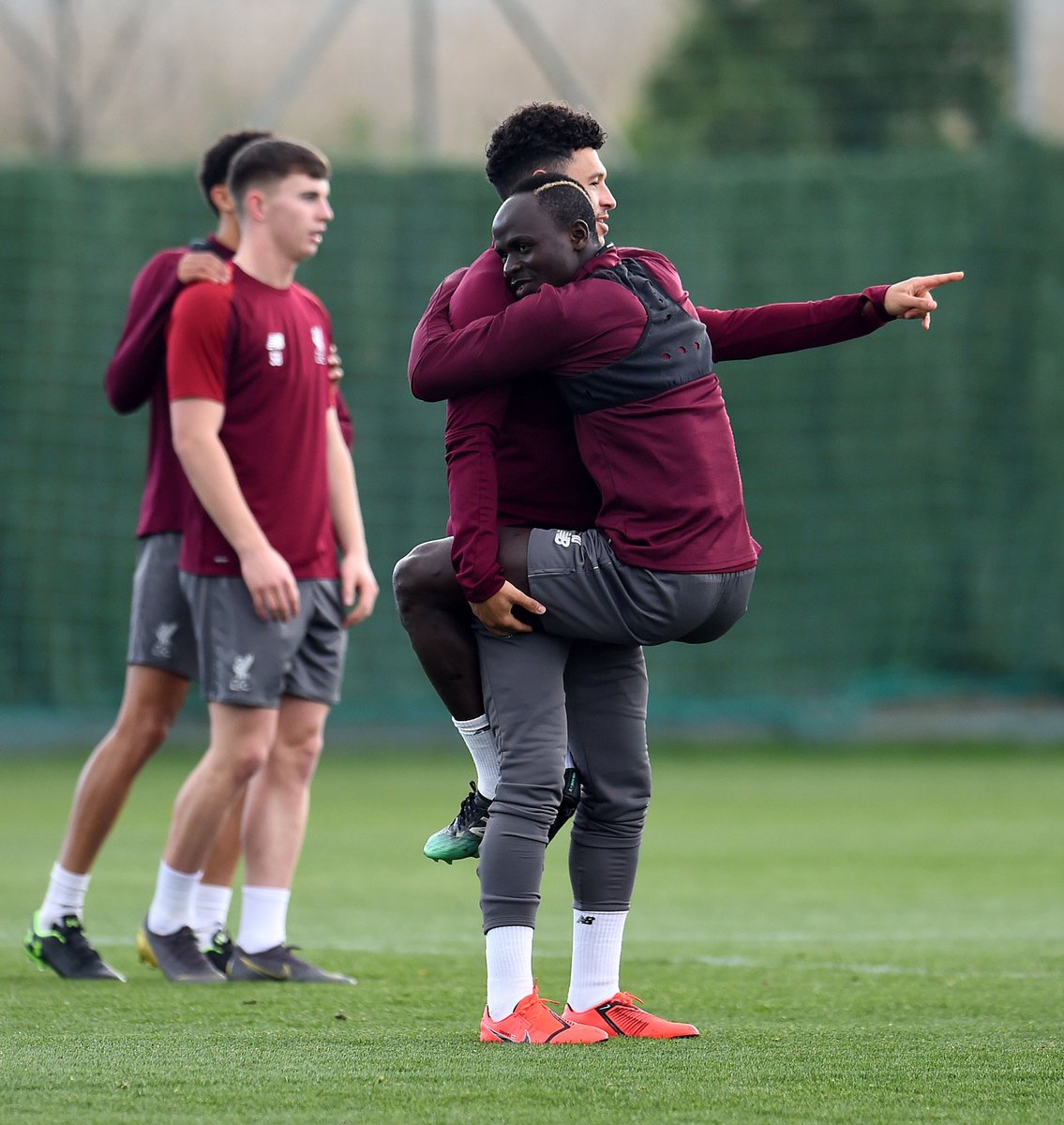