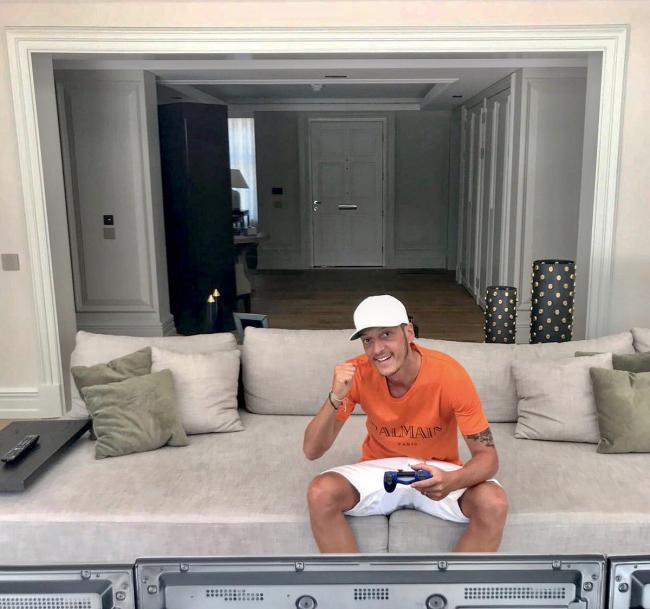 Just like the rest of us, famous footballers need a break from the demands of their jobs, a way to unwind and de-stress. When they are not at football practice or a big match, they have a wide range of hobbies that they like to pursue in their free time. Below are a few of the ways that many famous footballers like to spend their time when they’re not on the field or at practice.

Like many athletes, footballers love to play video games or online games in their spare time, whether for relaxation, excitement, or to indulge their competitive side. While some (like Arsenal’s Mesut Ozil) like to play the massively popular Fortnite, a FIFA game, or Championship Manager, some enjoy playing other types of football-related games. For example, many casino games have incorporated elements of football into their gameplay, such as managerial role play and sports betting, as is the case with Live Football Studio.

One of the top Arsenal players, Alex Lacazette, loves to play FIFA with his friends while he is relaxing after a big game. Although it may seem contradictory that a famous footballer would want to play virtual games of football after a long game of playing football in real life, many players love to do this.

Many professional athletes like to go home after a long day of football to relax with their friends or family and play a few board games. Whether they’re playing a relaxing game of Monopoly or a riveting game of Risk, it can be nice for some famous footballers to play a game of strategy to keep their mind sharp while they are off the field.

One of the famous footballers, Axel Tuanzebe, who plays for Manchester United, actually became a world record holder for the board game of Hungry Hippos. Tuanzebe set a world record for the fastest time of clearing a game of Hungry Hippos with a time of 17.36 seconds. The entire Manchester United team was playing Hungry Hippos during a trip to the United States in the summer of 2018 and Tuanzebe just happened to be faster at the game than the rest of his teammates. Not bad!

Farm work is a great way for some footballers to get out of their head and take a break from the stress of thinking about the game during their free time. Although raising chickens is not a hobby for everyone to do in their spare time, the famous footballer Joe Allen and his wife save hens. Recently, Allen even appeared on the front cover of Chicken & Egg magazine for this. They currently take care of over a dozen chickens, and he finds the task to be quite relaxing.

Famous footballer Moritz Volz admitted that he would bake cakes before any stressful match. He said that before playing Arsenal or Manchester United he would make cakes with bananas and green tea that had a biscuit-like texture. However, Volz would make heavier cakes when playing against rugged teams like the Blackburn Rovers. For matches like that, he would make a carrot cake with some nuts as a topping.

These are just a few of the many things that footballers do when they’re not at a press event, practicing, or at a match. With so many famous footballers these days — and ways like Instagram and online articles that allow us to keep up with their hobbies and interests — there are a wide range of ways that they like to spend their free time. While they take a break from the game, many of these athletes spend their downtime just like the rest of us — kicking back with a video game, spending time with friends and family, or even baking.