The PFA Players’ Player of The Year has been officially revealed, and although leaked beforehand by a certain Egyptian Messi, it wasn’t any surprise, was it? 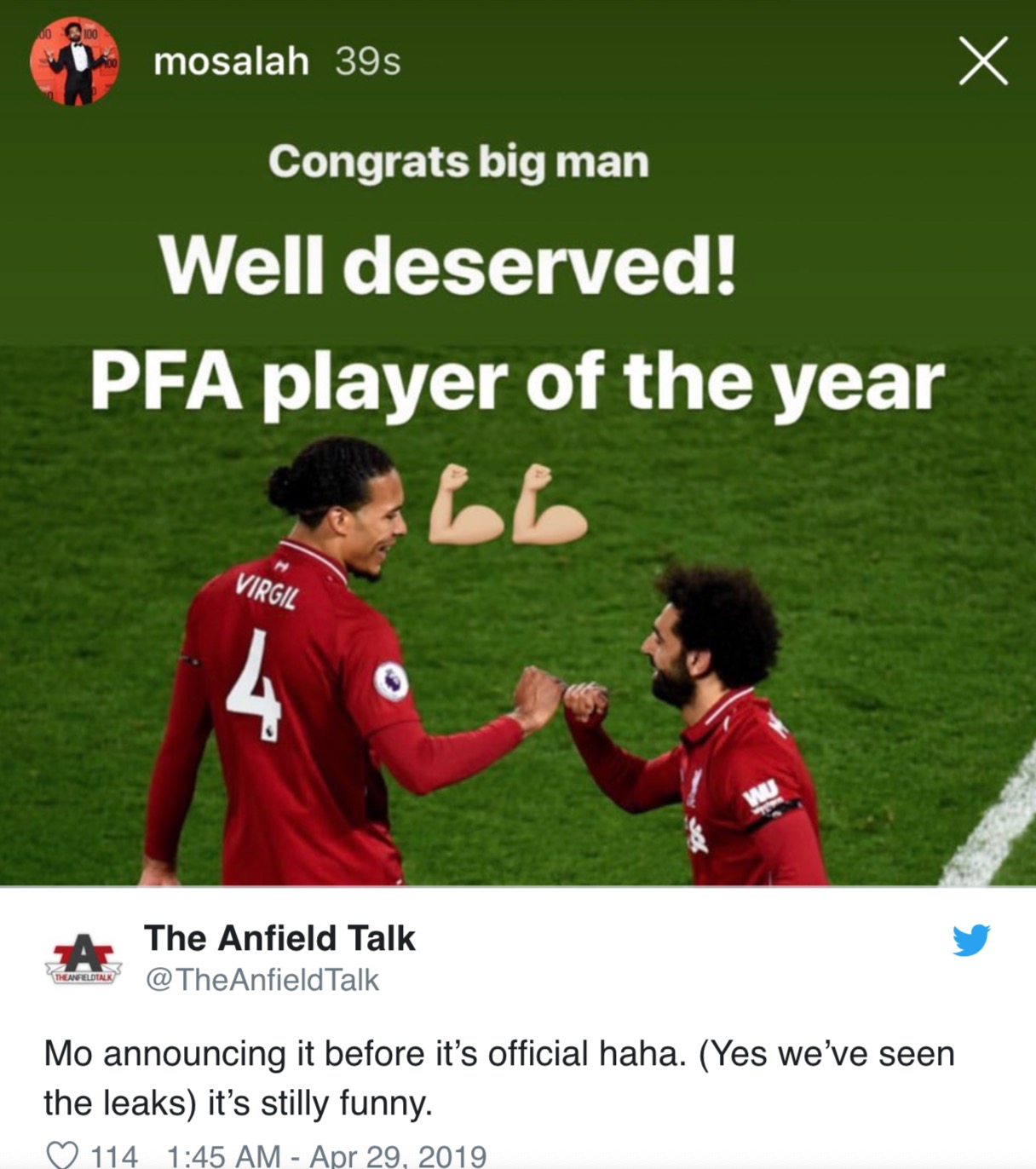 Virgil van Dijk was given the crown based on the monstrous season he’s had at Liverpool, firmly positioning himself as one of the first names on the team sheet and the cornerstone in Jurgen Klopp’s tight backline which only allowed 20 goals in the Premier League the entire season.

Despite Twitter not agreeing with the decision, with flashier nominees such as Raheem Sterling and the aforementioned Mohamed Salah, one has to admit that Van Dijk is arguably the best centre-back and one of the best footballers in the Premier League right now.

The 27-year-old Dutchman has registered incredible stats for this season, helping Liverpool with their intense title fight with Manchester City, with a per game average of 1 tackle, 1.1 interceptions, 0.3 fouls, 1.1 offsides won, 0.5 blocks and 5.4 clearances.

It’ll certainly be a mouth-watering treat to watch Van Dijk going against one the best player of all time, Lionel Messi. More on that here : Lionel Messi versus Virgil van Dijk in the Champions League semi-finals is nothing short of mouth-watering

But the way in which the trophy was presented trumps all words that can be said about van Dijk, who stood on a podium holding the award with outstretched arms while a camera panned 360° around him, whilst confetti was being showered.

Twitter user Jude #JD13 made a cool edit of this as well, adding The Notorious B.I.G’s “Hypnotize” to the video.

Certainly a worthy way of celebrating someone who is, at least in the eyes of the professionals in the game right now, the Player of The Year. There is no higher praise than one received from your rivals. Take a bow, Virgil.