Rangers received a blow to their title aspirations as they lost 2-1 against Kilmarnock to fall down to the third place in the SPFL points table.

With a win, they could’ve gone level on points with Celtic, who still have a game in hand but they ended up conceding the second spot to the team they lost to on the night.

Gerrard’s men were quick to take the lead via Jermain Defoe but slipped up later on as the home team answered back with two goals to secure 3 points.

The winner coincidentally was scored by future Rangers player Jordan Jones. The Northern Irish winger, who signed a pre-contract with Rangers as his contract with Kilmarnock ends this summer, pounced on Rangers’ defensive frailties.

The result was thoroughly enjoyed by the Celtic supporters and it seems one of them took to Wikipedia to edit Jordan Jones’s official page after the game got over.

Jones will probably have to work twice as hard to win over his new fans if this result proves to be the difference between Rangers and Celtic.

Check out the cheeky edit on Wikipedia below – 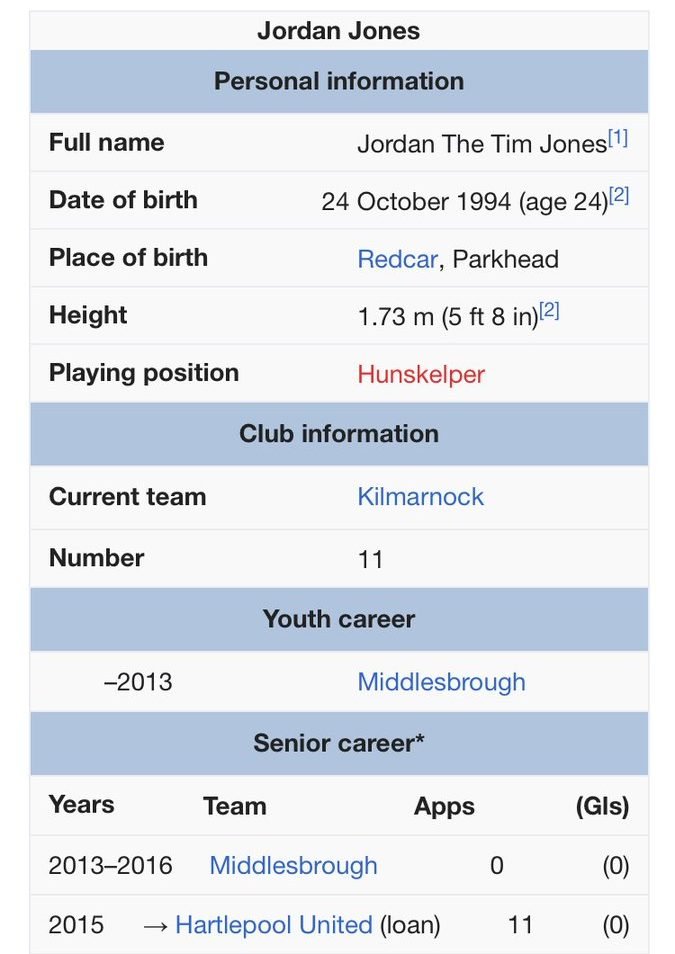