Arsenal cruised to the fourth place of the Premier League table as the brushed aside Southampton 2-0 thanks to first-half strikes from Alexandre Lacazette and Henrikh Mkhitaryan.

It took only six minutes for Lacazette to open the scoring at the Emirates as he flicked on a Henrikh Mkhitaryan volley to give the Saints’ keeper absolutely no chance.

This was his 11th goal in this year’s competition and fourth straight goal in a home match.

He could have added another one to this tally but he somehow managed to blast an effort up and over the crossbar from inside the six-yard box.

The Frenchman was evidently frustrated by the miss and some stunning piece of defensive blocking and saves from Angus Gunn added to it.

But after the full-time whistle, the former Lyon man showed no signs of discontent and instead did something brilliant (if you are an Arsenal fan).

On his official Instagram page, the striker posted a photo of himself celebrating his goal with teammate Granit Xhaka at the Emirates and tagged the location as ‘my home’. 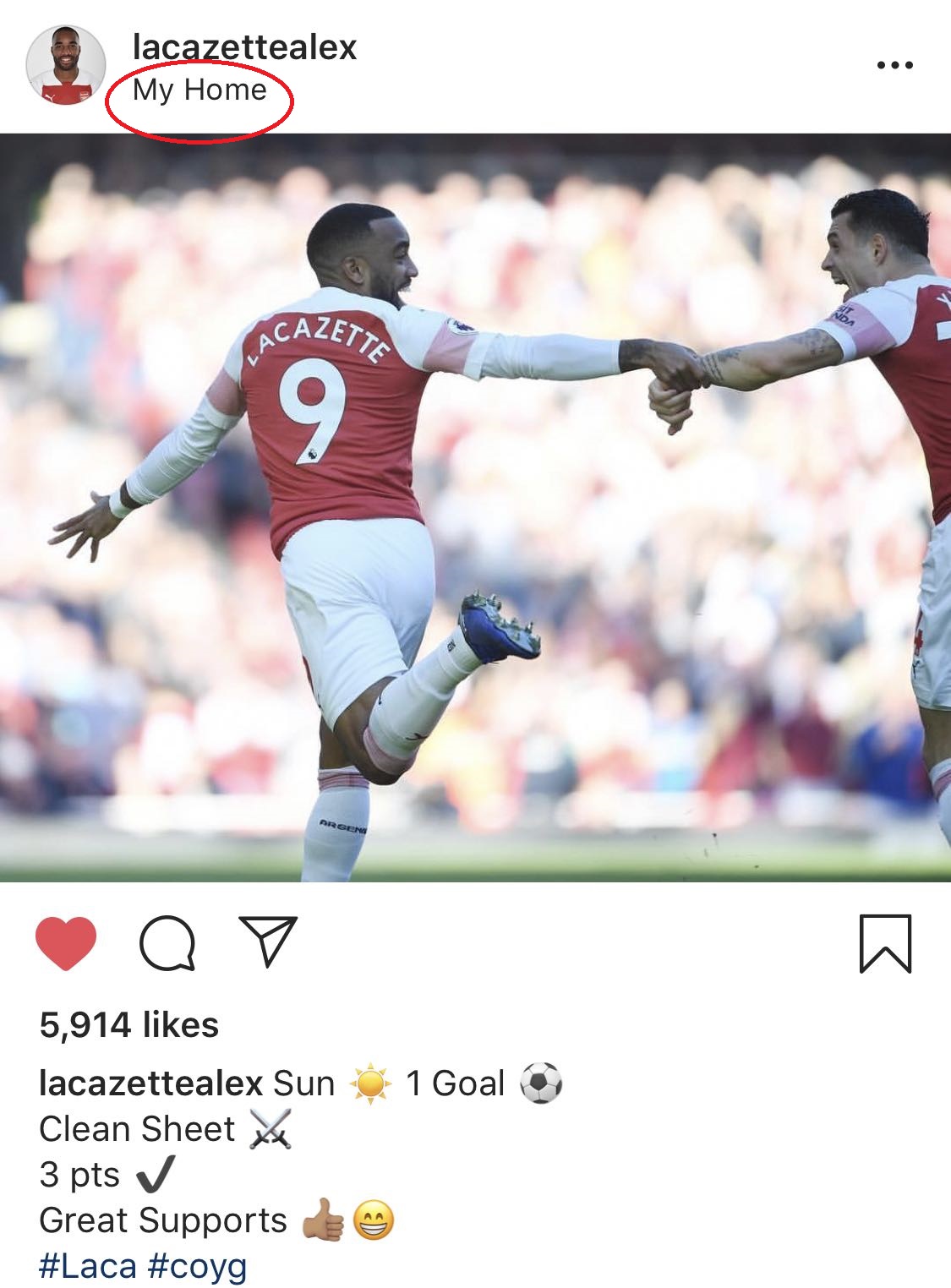 Despite expressing his love for the North London side from time to time, there were murmurs of the Frenchman leaving Arsenal in the near future according to reports online but this gesture on social media should fill the fans with much more confidence regarding their beloved striker’s stay at the club