It would be an understatement to say that Luis Suarez is a divisive figure in the world of football.

At best, he is a creative, cunning and clinical striker with great awareness and guile. At worst, he is known for the infamous biting incidents and playing an illegal handball which resulted in Ghana getting knocked out of the 2010 World Cup.

That, apart from the comments he’s allegedly made towards fellow players don’t portray him in the best light possible. But there’s no denying the 32-year-old Uruguayan’s prowess on the pitch, as he is Barcelona’s fifth highest scorer of all time, and has enjoyed significant success at Ajax and Liverpool.

It is his celebrations in the Champions League game against his former Merseyside employers however has brought him under scrutiny again.

Liverpool were battered 3-0 at the Camp Nou, with Suárez scoring and Lionel Messi running riot.

After his goal in the 26th minute through a Jordi Alba cross, Suárez was very vocal in his joy in scoring against his former side, who had supported him throughout the racial abuse allegations and his subsequent ban.

It isn’t even the celebration after the goal; Suarez acted like a dick throughout the first half. It’s almost like he never played for Liverpool 😂pic.twitter.com/cU0i0v5Knv

Not only that, he was guilty of rash challenges on some of the Liverpool players, which can be chalked up to the competitive and sometimes brash nature of the Uruguayan centre-forward.

Nevertheless, Liverpool fans were not happy with the player, who was adored at Anfield in the three years he spent there, with some even apologising to Evra for supporting Suárez throughout the aforementioned incident when the Frenchman was at Manchester United. 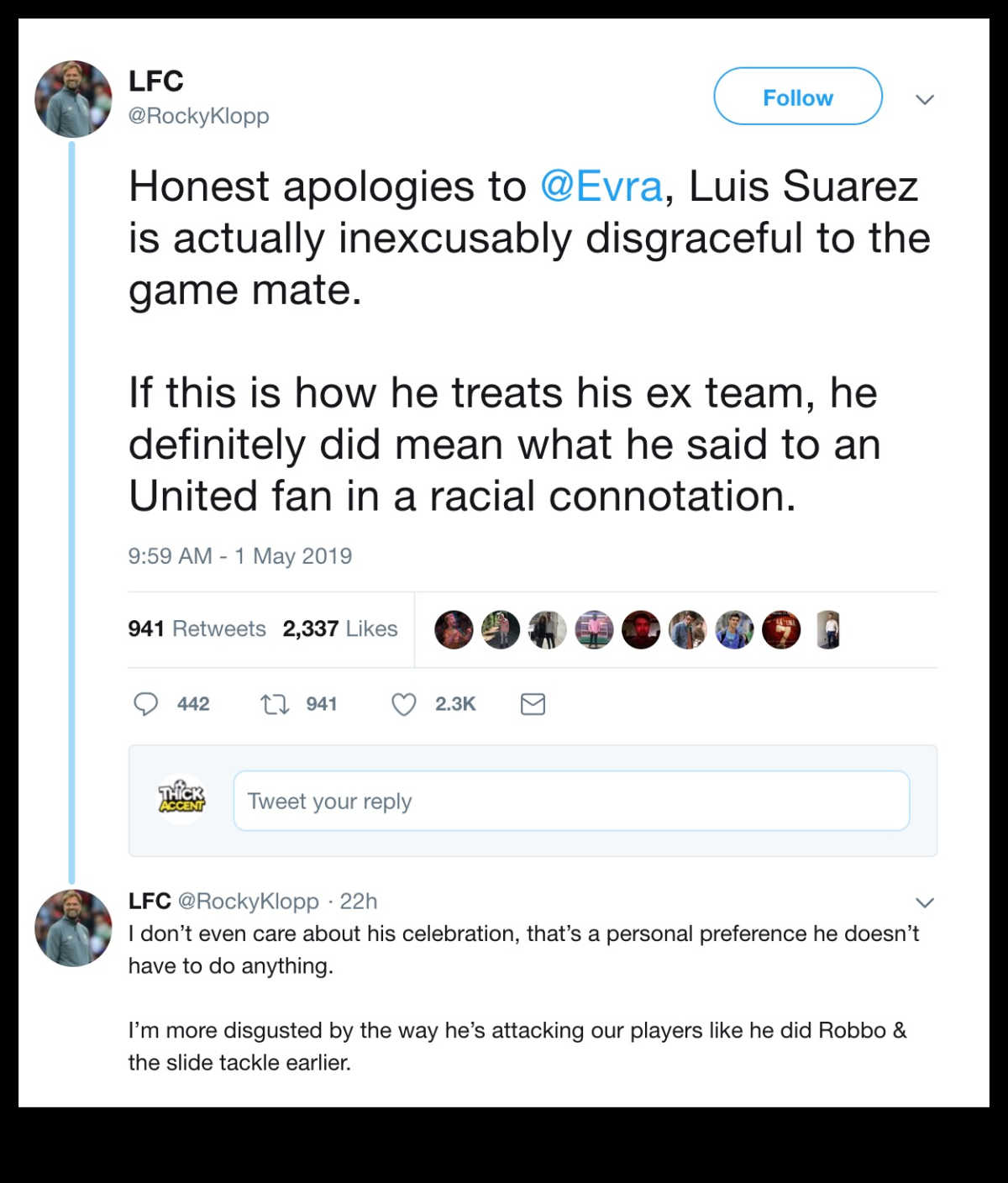 Twitter user @RockyKlopp wrote, “Honest apologies to @Evra, Luis Suarez is actually inexcusably disgraceful to the game mate. If this is how he treats his ex team, he definitely did mean what he said to an United fan in a racial connotation.”

Following this, there was a barrage of tweets, some defending the forward and accusing the Liverpool faithful of hypocrisy.

Barcelona travel to Anfield with 3-0 lead, looking to seal the tie, while Jurgen Klopp’s men will be looking to regroup and somehow turn this deficit, which would take them to their second Champions League final in two years.