It has been a good season for Tottenham Hotspur so far as they are the only team alongside Manchester City, who still compete for all 4 trophies up for grabs. Only 6 points off Liverpool in the league, Spurs have enjoyed one of their best starts ever so far.

Their good run of form comes despite a few injuries along the way and they have seen their share of young players breakthrough and take the responsibility. Juan Foyth made his league debut at the back of an injury crisis for Alderweireld & Vertonghen and stepped up to the task well. The 20-year-old Argentine scored the winner against Crystal Palace after being responsible for conceding penalties in his debut.

An already memorable season got even better for the Argentine as he proposed to his girlfriend on Wednesday. His Instagram post had best wishes showering from fans and his fellow teammates, and one comment particularly stood out.

Erik Lamela congratulated his fellow Argentinian by asking for an invite to the wedding in a rather hilarious manner and the comment was loved by the fans.

Foyth surely knows who tops the priority list for the wedding invites now. Check out Lamela’s comment below – 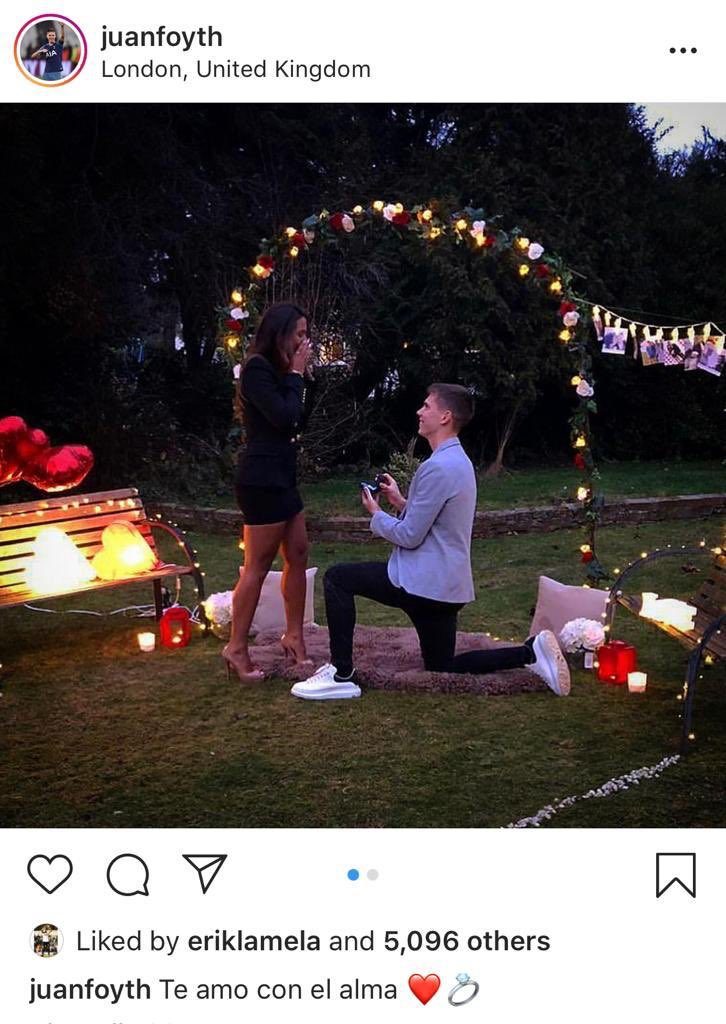