For a game that has only been on soft launch since January 15, Club Manager 2019 already bears the hues and shades of an appreciable football manager game.

Once you join the game, which has a registration option of both Facebook and e-mail, youŌĆÖll be given a passably simple team; with the ultimate goal of managing it and leading it to glory by clinching both League and Cup competitions.

A game based on card packs 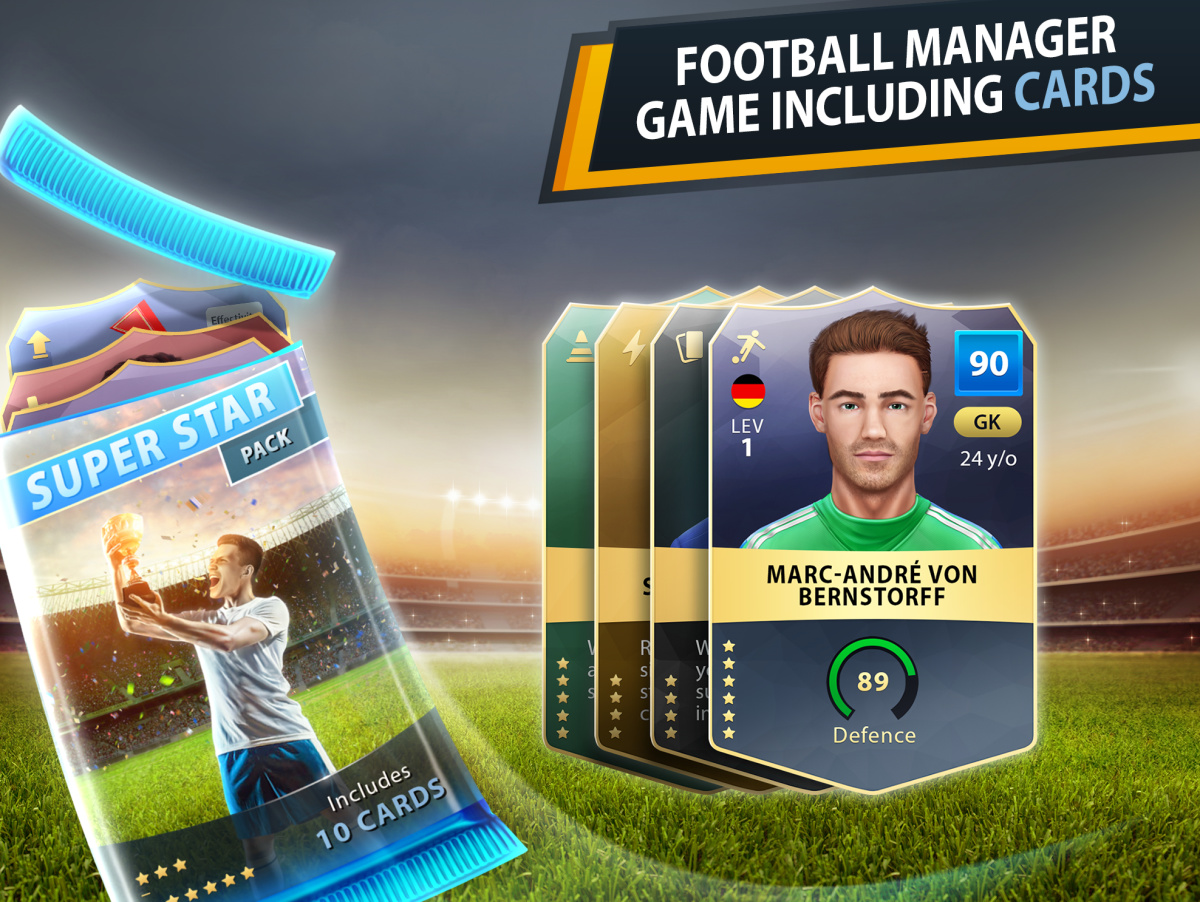 Club Manager 2019 inherently revolves around card packs, and youŌĆÖll be awarded with free game cards at the end of every match! ThatŌĆÖs however not enough, as you should endeavor to open card packs if you want to transform your team into one that can sustain a spirited challenge for trophies.

There are many cards packs in the game, with the most popular ones being the CM Royal Pack, the Performance Pack and the Superstar Pack.

Free cards after every match 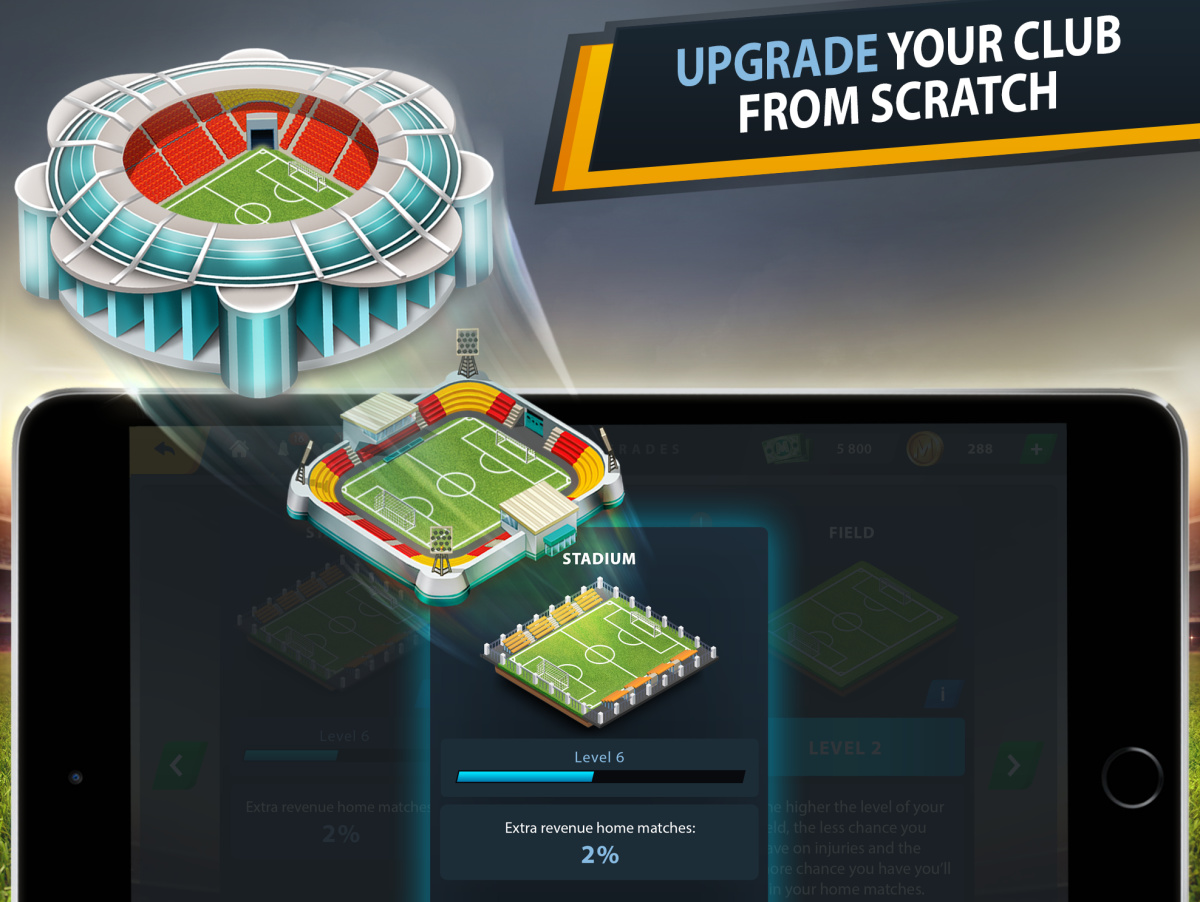 Division, competition and exhibition matches can be played on a daily basis in the game; with all three forms of matches guaranteeing free game cards and┬ĀManager Cash.

Free Manager Cash is awarded after every match regardless of the outcome; although the amount received will ultimately vary depending on whether you registered a win, draw or defeat.

Since playing more daily games similarly translates to receiving more cards, it incontrovertibly increases you chances of securing the legendary and most sought after 6-star rated cards.

The cards awarded after matches are free and are further categorized into either permanent or consumable cards. Permanent cards are the ones such player cards, manager cards and emblem cards, whereas consumable cards come in the form of training cards, injury treatment cards, exhibition match cards and many more.

Elevate the status of your club 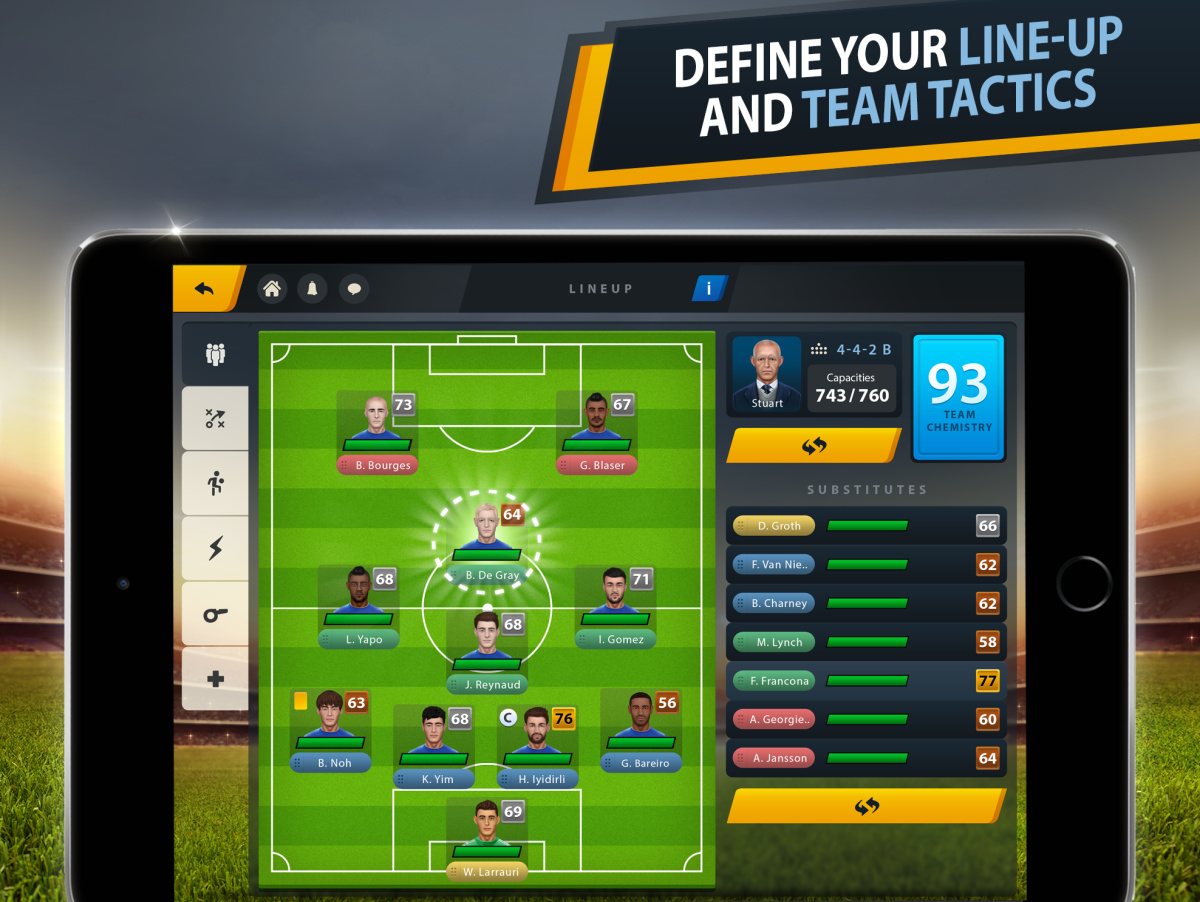 Being that youŌĆÖll begin the game with a relatively simple team, upgrades form an integral part improving the status of your club.

Increasing the capacity of your stadium will for instance boost you revenue stream for home games, whereas improving on the quality of your pitch will lessen the likelihood of serious injuries being sustained by some of the most indispensable members of your starting eleven. 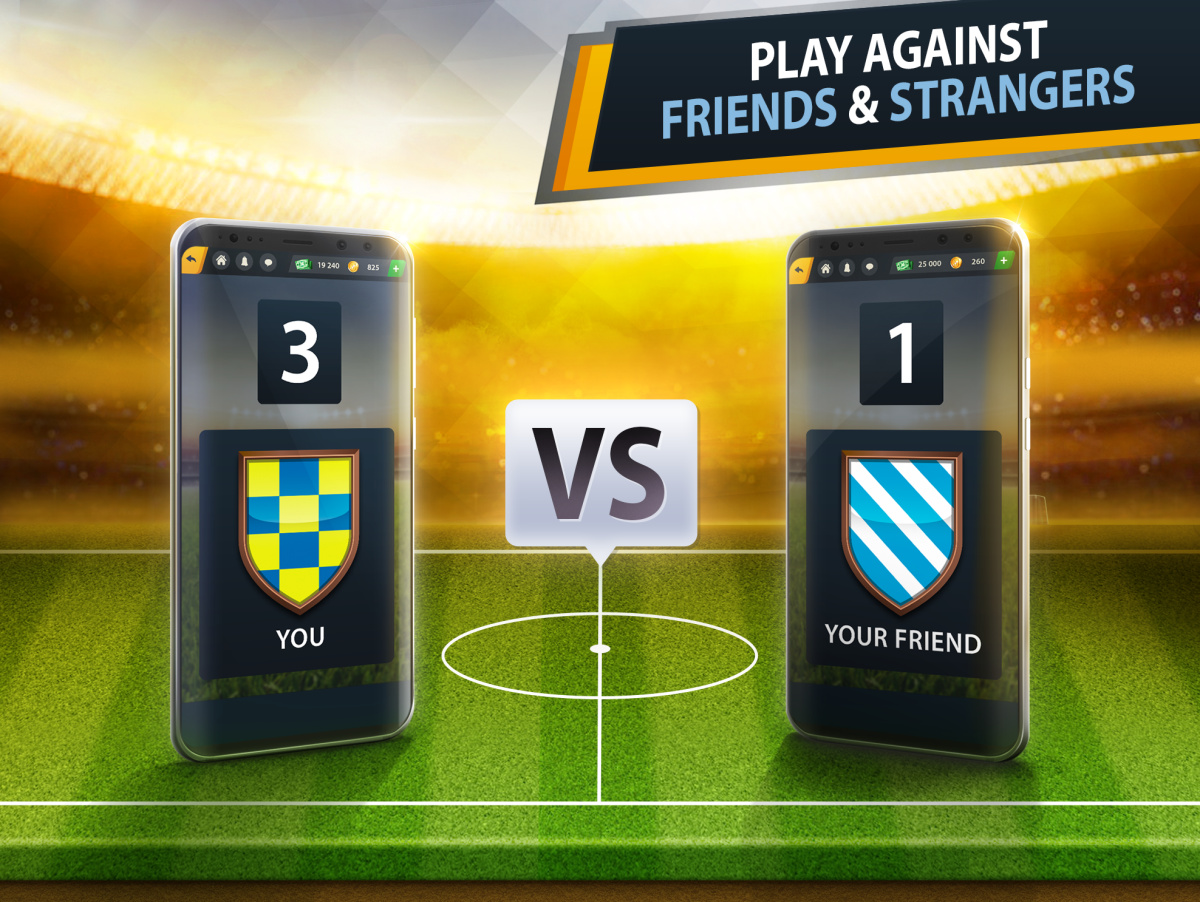 As manager, you not only have the freedom to control the clubŌĆÖs finances, but also make all the decisions regarding your lineups and tactics. YouŌĆÖll be at liberty to experiment your managerial nous with various tactics and formations; hopefully settling of the ones that best define your philosophy and personality as a manager. 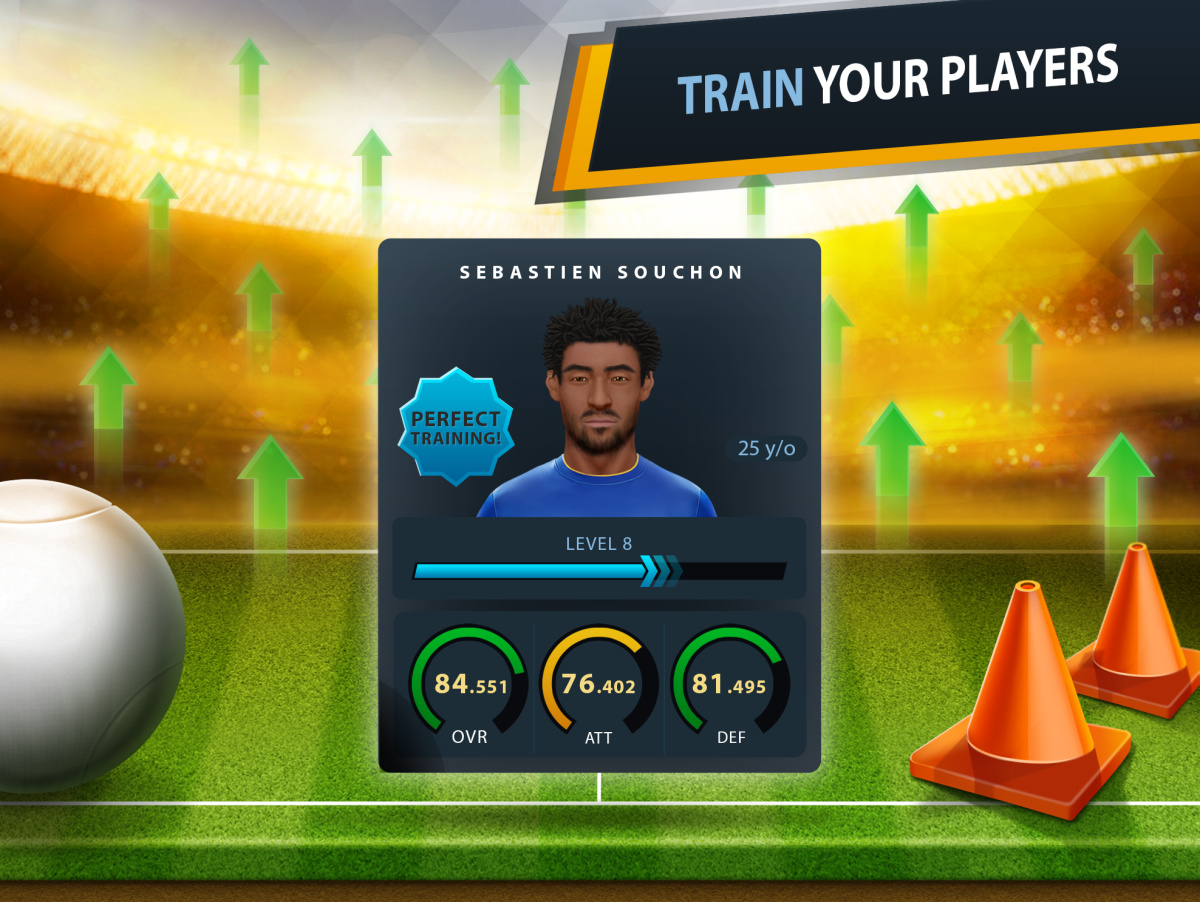 Unlink many of the current football manager games in the market whose development makes it nightmare for players to master, Club ManagerŌĆÖs easily accessible user interface, coupled with its limited loading times, will not only enable you to quickly grasp the very essence of the game, but will also assure of a flawless gaming experience. 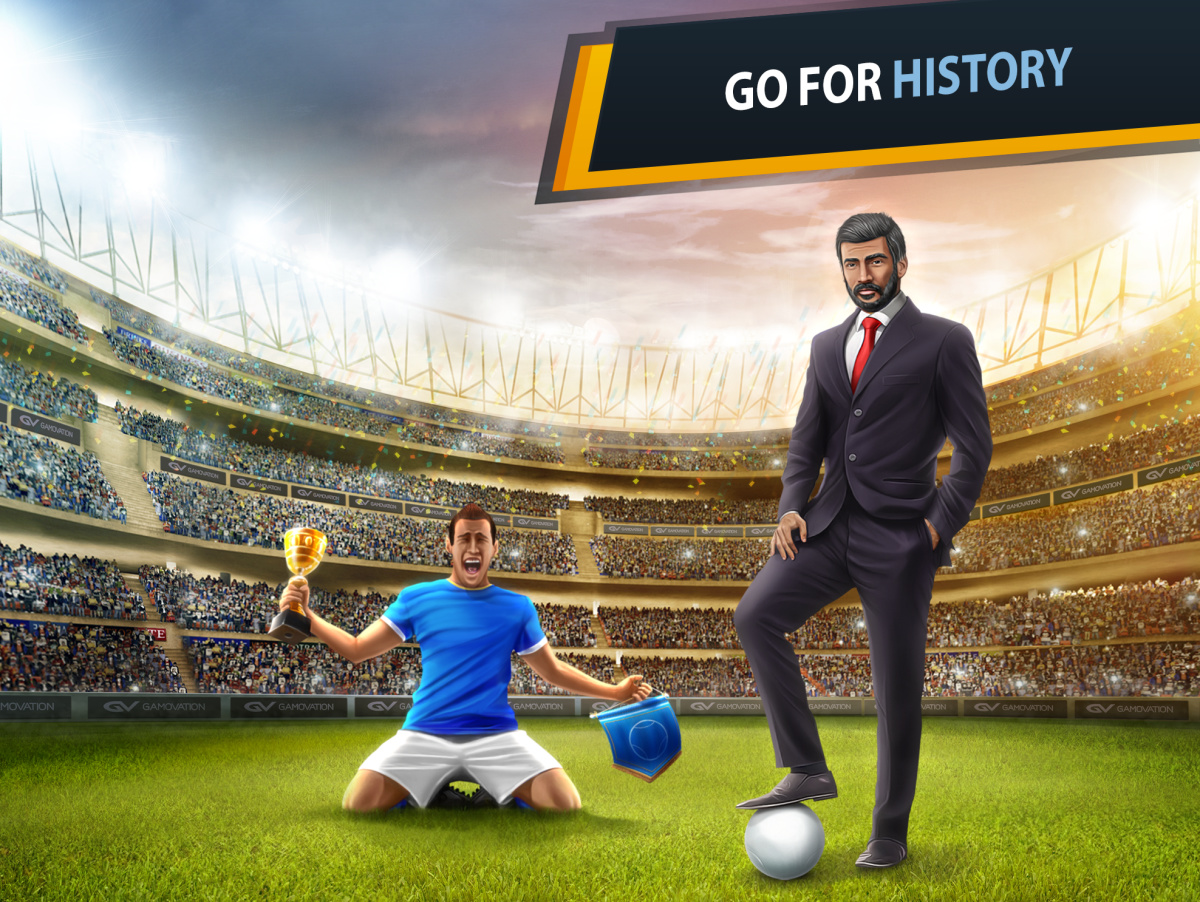 The game is momentarily available only on PC (desktop or browser), although the iOs and Android versions are scheduled for release before the end of the second quarter of this year.

Once the official worldwide launch is made, there will be little question as to why Club Manager 2019 is dubbed as the best online soccer manager game in the world!