There’s no doubt that Jurgen Klopp has turned this Liverpool side into one of the top teams in Europe since his arrival at Merseyside back in 2015. The biggest reason behind this amazing transformation is the improvement in the defensive side of their game.

According to Opta, Liverpool have the best defense in the Premier League having conceded just 20 goals all season while keeping 20 clean sheets.

The signing of Virgil Van Dijk from Southampton in January 2018 for 75 million euros can be considered as one of the best pieces of business done by Liverpool in the last few years.

Not only has he been magnificent in defense, but he also seems to have improved the players surrounding him.

One of those players is Joel Matip. Considered to be the 4th choice center-back for Liverpool at the start of the season, he is now a key figure in the Liverpool starting 11. Such is the improvement in his game, that the performance algorithm being employed by CIES Football Observatory has ranked him as the top player in Europe for the month of April.

Matip is not the only Liverpool player to have been included in the list, with Henderson, Salah, Van Dijk, Mane, Wijnaldum and Keita all present in the Top 10. 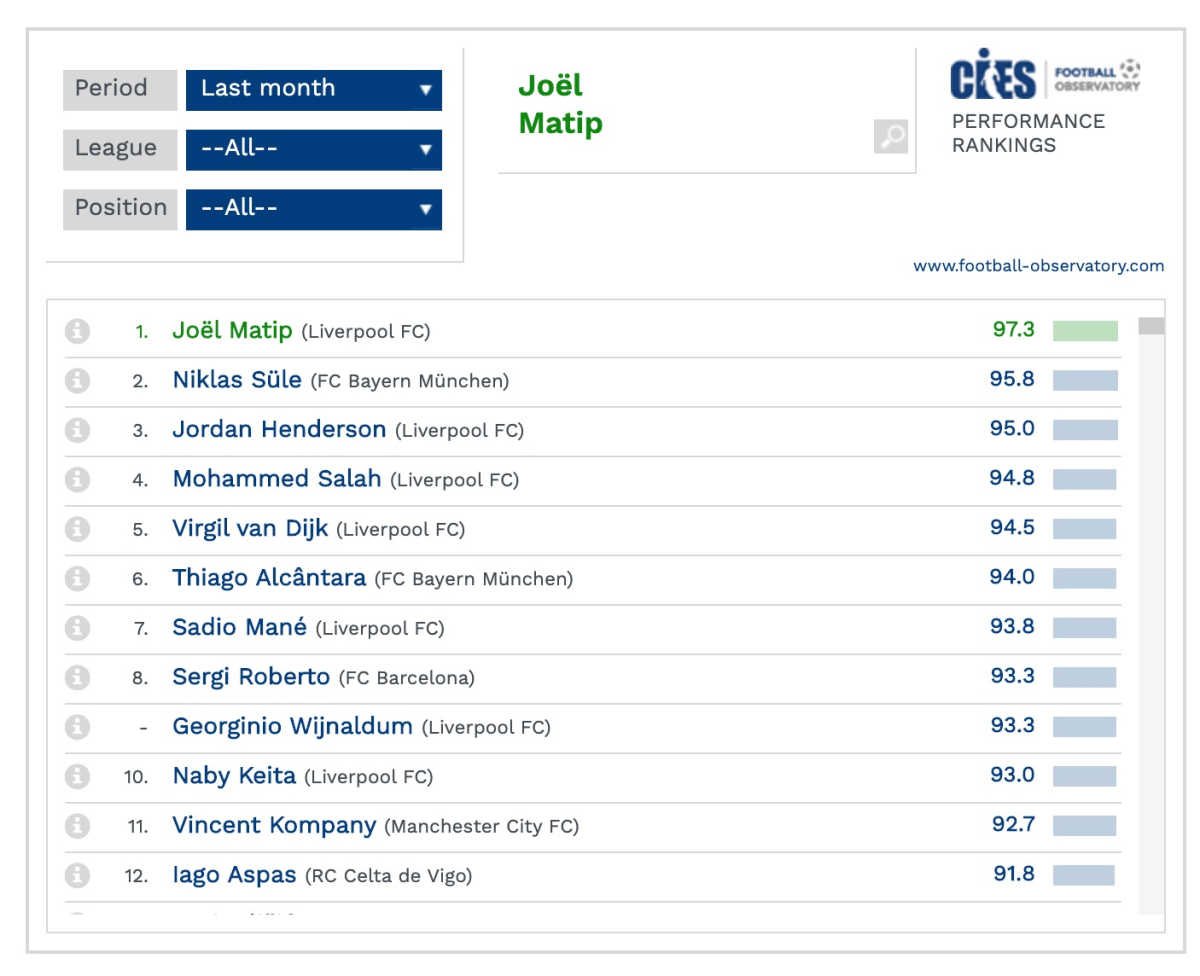 With injuries ruling out Gomez and Lovren during the early periods of the season, Matip was asked to step up to the plate, and now with AI also backing his performance, it seems the Cameroonian has delivered more than what was expected.

Not only has he been a solid defensive partner for Van Dijk, but he also has played a key role in the attack at times. Case in point, the video below –

With Liverpool entering the twilight of both the Premier League and the Champions League campaigns, a few more solid performances by Matip may be all Liverpool need to bring silverware back to the Merseyside.